Lars Mittank has been missing since 8 July 2014, when he vanished from Bulgaria’s Varna airport. 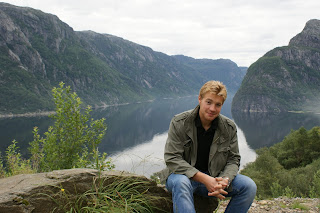 The 28 year old German and his friends had travelled to Bulgaria on 30 June.  They checked into the Viva Hotel, in the seaside town of Golden Sands.  The town is 17km along the coast from the large port city of Varna and is popular with young European tourists who come to enjoy the nightlife, beaches and cheap booze.

Lars apparently got into two fights during the holiday; one during a day at the beach and one outside a McDonalds after a night out. One of these fights was with rival Bayern Munich fans (Lars supported Werder Bremen) and during one of the altercations, he damaged an eardrum.

Lars saw a doctor, was prescribed the antibiotic Cefuroxime 500, and was advised not to fly home on the scheduled date. His friends flew home as planned, and Lars checked into Kolor, a cheap hostel in the centre of Varna.

That night he phoned his mother, telling her he believed that he was being followed by four men who wanted to know ‘what the tablets were’. He asked her to cancel his credit cards, and said he was afraid because there was something strange about the hostel. He later texted her, asking ‘What is Cefuroxime 500?’

His mother booked him plane tickets home for the following day, 8 July.

The next morning, Lars made his way by taxi to the airport. He walked into the terminal with his holdall and back pack, and after a brief exchange with a woman (who looks like she might be airport staff) made his way to the doctor’s office.

CCTV captured Lars sprinting out of the doctor’s office approximately 46 minutes later; this sudden dash was apparently prompted by the appearance of  a mysterious ‘maintenance man’. It’s unclear if the maintenance man had accessed the consultation room or just the reception area, but either way, his presence was enough to spook Lars into running away.

The CCTV shows Lars running back out into the terminal, before it picks him up running around outside, where he slows to a jog, pauses,  then runs towards the perimeter fence. Here, he scales the fence and disappears into the woodland. You can view the CCTV here:

In Easter 2015, a truck driver told police that some months ago, he had given a man matching Lars’ description a lift. Where he taken him to is unknown, and  it has never been verified that this was Lars.


So, what do you think happened to Lars? 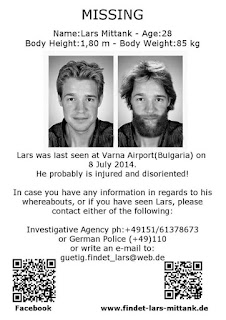